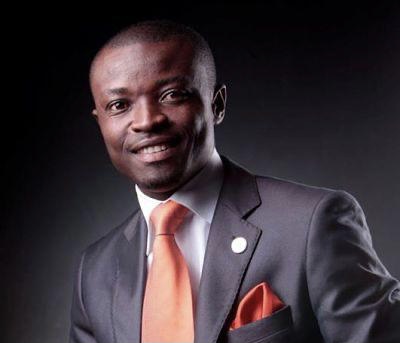 Former host of the Midday News on JoyFM, Jefferson Sackey, says he is honored and humbled by President Akufo-Addo decision to appoint him as deputy communications director at the Presidency.

“Obviously the news of the appointment came to me as a shock and I am grateful to the president for seeing value in me,” he said.

Jefferson who until the elevation worked as member of the communications bureau at the presidency.

His professional media career started with TV Africa in Accra  as a news reporter, travelling to conflict zones  around  Africa and bringing out stories on the programme “International Assignment”.

He served as the West African Correspondent for the German media giant DWTV for close to four years and was a contributer to CNN world View in Liberia.

In 2011, he was hired by The Multimedia Group to help boost its listenership on the Midday News having served the network with special reports.

In 2015, he was appointed the Vice President of Afroglobal Television in Canada, having won the 2015 Planet Africa award for media excellence.

What does Jefferson bring to the table?

He is not entirely new to the job. Jefferson Sackey has been the brain behind many of the President’s media image especially video documentaries.

Ahead of the just ended 2020 elections he led in the production of a number of series including “The First Term, Story of a Working President” and “Leadership of Service, The so Far” which uniquely told the success stories of government.

Until his new appointment Jefferson Sackey served as  a Technical Advisor and Head of Productions at the Jubilee House and also Presented a weekly TV series “The Presidential Diary” which highlights the Presidents weekly activities.

It expected that Jefferson will use is long term technical experience in storytelling to help project the legacies of government and the President.

Jefferson Sackey: Jefferson is a product of the Ghana Institute of Journalism, and the DeutsheWelle Institute in Berlin, Germany and the Graduate School of Chinese Academy of Social Sciences,