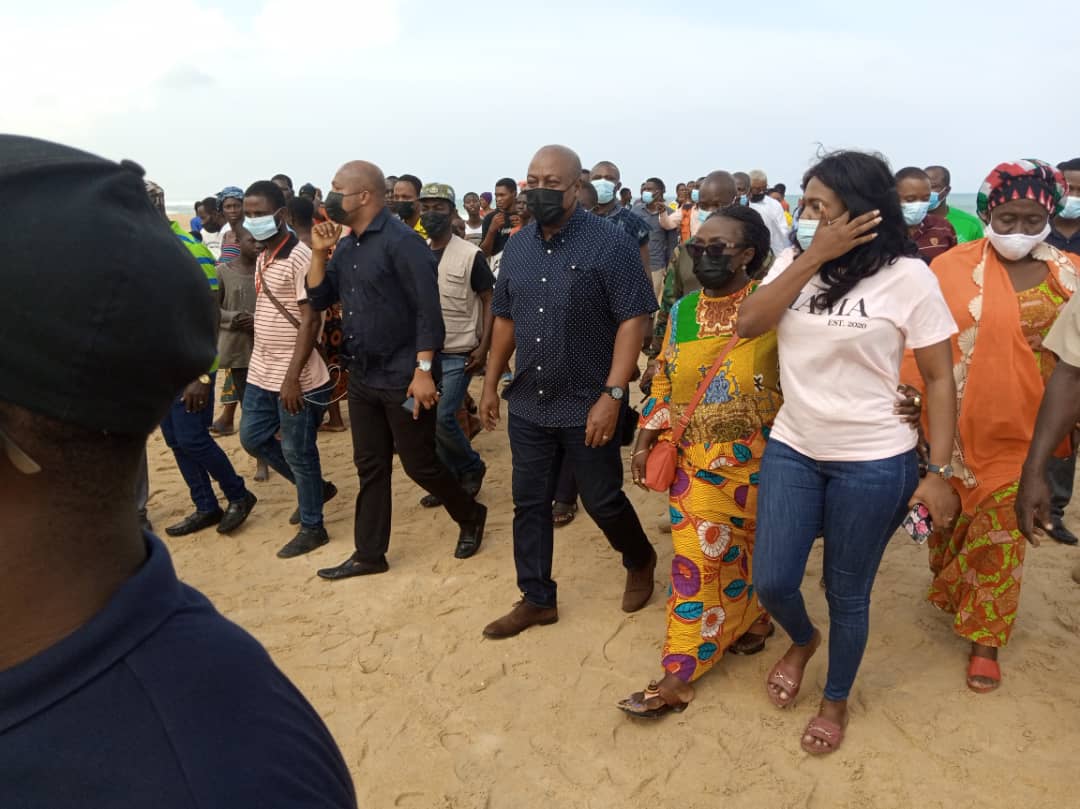 Former President John Mahama is urging the government to suspend the rolling out of new infrastructural projects and focus on completing existing ones.

Speaking during a visit to the Volta Region, he said that upon observation, there are many uncompleted projects across the country which when finished, would aid in development.

“You don’t go building a new secondary school when you have a secondary school that has been abandoned. I think that is what government should do, suspend new projects, spend the resources, and finish ongoing and existing projects,” he told JoyNews’ Joseph Opoku Gakpo.

Mr Mahama stated that government can begin construction of new infrastructure after completing the abandoned ones.

The former President made his comment when he joined members of the Volta Caucus in Parliament to present relief items to residents whose houses were destroyed in the tidal wave incident in May.

The 2020 Presidential candidate for the NDC said he is concerned that projects like the Agavedzi and Salakope Sea Defence Projects in the Ketu South Municipality, which his government started, have been suspended since the NPP took over in 2017.

He expressed worry that the situation is resulting in the destruction of homes in the enclave by tidal waves.

“In everything, you prioritise, depending on how things are and I think that the plight of the people that we’ve seen here deserves some attention if the funds are available to continue this project,” he added.

Mr Mahama assured that if re-elected into power, the NDC will not implement any new project in its first year until old ones are completed.

Meanwhile, MP for the Ketu South Constituency, Dzifa Gomashie expressed concern that her repeated calls on the government to complete the sea defence project have fallen on deaf ears.

Chairman of the Volta Caucus in Parliament, Emmanuel Bedzrah also assured a future NDC government will complete the sea defence project to protect the people.

Kennedy Agyapong is a coward – Suhuyini